In life, there are certain absolutes: death and taxes. In South Haven, Michigan the certain absolutes are mediocre, overpriced breakfasts served by slovenly waitresses, and middle-aged, smarmy guys sitting behind you at said breakfast making unoriginal, frat boy (read: douchey) comments. Also, Lake Michigan makes for lovely swimming outside of Chicago and nudists don’t care who see their naughty bits swaying in the lake breeze.

Today was day two of our Michigan Adventure. We arrived at the little cottage in Coloma (yeah, I’ve never heard of it either) mid-day Friday, dropped our stuff then set out to explore the area. So far, our fave town name/slogan is “Covert: A Community on the Move!” And no truer slogan was ever written because it is a place of low-activity, therefore, it’s void of blog material.

Another sort of-absolute is the farther you go inland, the probability that every 5th house is a meth lab, rises. The view from the house is lovely – it overlooks a very serene Lake Michigan – something I’m not used to seeing in Chicago. See, the Lake Michigan I’m used to in Chicago is always in a pissy mood, which probably stems from all of the sewage that is dumped into it after every heavy deluge. Why the city and state are unable to come to a workable solution to that issue is beyond me. All I know is that I would never swim at any of the Chicago beaches for fear of catching cholera or Ebola. No thanks – even though my ovaries will never be used for their intended purpose, I still want them to be healthy. If I swim in Lake Michigan in Chicago, that’s not a guarantee.

The first night, I over-served myself, which made for bumpy sleepy time. I couldn’t sleep at all. Plus, it was wicked hot in the bedroom. Not a good combo. So, breakfast the next morning was a rough landing. We ventured to Captain Nemo’s in South Haven. Big mistake. The restaurant was hot and crowded, and it took an act of Congress to get the waitress’ attention. When she took our order, with about as much enthusiasm as an intern sent into lance boils on a New Orleans hooker’s overworked ass, we all looked at each other knowing we were in for a long morning. The topper was the coffee was meh AND the only sweetener the Captain had in abundance was Sweet N Low.

What made the wait tolerable was the running commentary by the three gents sitting behind us. From what I gleaned from their mutterings was that they had just played golf and were now ready for breakfast. Fine. I get it and can relate. However, that’s where the similarities disappeared. Apparently, one was having major tum-tum issues and “wanted to fart but couldn’t trust it’ll be quiet.” I alerted my fellow travelers of the fart issue, which prompted one of them, my sister Liza, to text one of our sisters and alert of this verbal gem. I alerted the other sister in New Jersey and her response was “Klassy.”
‘Twas.

During breakfast, the potty-mouth triumvirate worked on a verse of the Hokey Pokey with the word “pecker” inserted (shut UP) in the appropriate place of the song. The vision of them ‘shaking it all about’ is now stuck in my mind and I’d give anything for a lobotomy.

After breakfast, we high-tailed it to Saugatuck. We drove up (the other) Lake Shore Drive and took a gander at all of the lovely homes. The sad reality is that every other house is for sale. You know things are bad when the rich have to start dumping their lakeside vacation homes in order to keep food on the table. Too bad I don’t have a big, fat farmer wad of cash stuffed in my mattress, otherwise I’d seriously consider buying one — they were that lovely.

When we finally arrived in Saugatuck proper, we were unaware of the “art” fair going on which made parking difficult and the streets crowded. We wandered around and I bought a shirt. Big thrill. But in general, the shopping blew donk. All of the women’s clothing offered was one step beneath Chico’s. Yep—it was that bad. I won’t go into it because I want y’all to have happy visions of Saugatuck.

After Saugatuck, we headed to Holland, Michigan. Nice place, but not as quaint as Saugatuck. After Holland, we needed to stock up on hard liquor, which isn’t an easy task here in Michigan. You see, there are stores that sell only beer and wine. Fine. But, if you want the good stuff, you have to go to a liquor store. Why Michigan can’t figure a way to sell all three in the same place then tax the hell out of it is beyond me. The local liquor store is a depressing place I’m told, but it has a world-class selection of printed porn. Now I know where to go when I need some new reading material. Or just reading material in general. However, next time, I need to find an alcohol that mixes well with this. 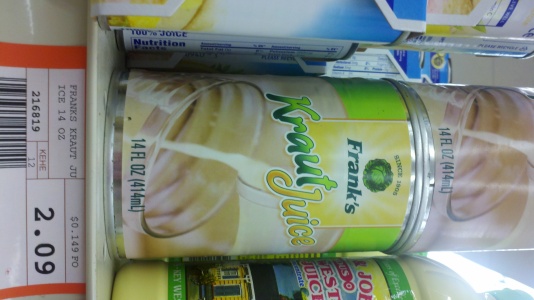 After a desperately needed dip in Loch Michigan, during which we spied our el nude-o neighbors (“Wang dang doodle”), hanging out in their yard. Our landlords had warned us of the neighbors’ clothes-free ways but that didn’t stop us from giggling like a bunch of kids. Before you get all Judgey McHolierThanThou, you would’ve laughed too. You’d be dead inside if you didn’t emit at least one chuckle.

Sunday was worship-free as always. We did our own praising to the good lord by seeing how far we could wade out before our heads disappeared underwater. Our guesstimate was 1/4 mile.

The rest of our stay was uneventful and relatively booze-free — that’s not a complaint, just an observation. Sunday night, we dined on pizza that could pass muster in some parts of Chicago. We learned from some cool neighbors to avoid South Haven at all costs in the future and that it’s nice living in this area year-round.

We’ll be back, probably sooner rather than later.

The view from there