Nyad, an accomplished distance and open-water swimmer, has attempted 3 times to swim from Cuba to Florida.

Did I mention she tried this three times? However, she never finished any of the swims because of the aforementioned hazards. Now, to us mere mortals, one failure would’ve sent most of us back to our couches and naps-laden weekends instead of swimming around the island of Manhattan or around Key West.

This was not the case with Ms. Nyad.

She learned from her experiences and tried the swim again and again. Her last attempt began on August 18th from Havana and ended earlier this morning due to inclement weather and ‘bad jellyfish stings.’ I bet she would’ve done it this time too.

Her determination is to be admired, studied and copied. Here’s to hoping she does it again.

Did I mention she’s 62 years old? No? She is. What’s cool about her latest attempt is she wanted to finish the swim on August 22nd–her 63rd birthday. You can read more about Diana here.

And this is the icky-est.

I wish some folks would crawl up into their own assholes and die.

Todd Akin is one of those folks.

What was he doing during sex ed in junior high school? Wanking his pud? He’s yet another example of how the wing-nut arm of the Republican party has a bit too much power, influence and not enough intelligence or integrity to run for higher office. The sad thing is, he’ll probably win because this country is filled to the brim with morons.

Of course, he’s walking the remark back– sort of.

What’s even more vomit-inducing is he’s not alone in his beliefs.

If he beats Sen. McCaskill, then we get what we deserve.

Or as my hero Elvis Costello would say “Welcome to the Working Week.”

Mondays for me are a reminder of my soul-killing unemployment. Each one that passes is yet another nail in my I’ll-never-find-a-full-time-job-coffin.

Mondays are also the start of my weekly ritual of conjuring up possible revenue-inducing plans. I start with sketching out how a meth lab could work in my kitchen. I have the room and the time, so why the hell not? Oh wait…I need to lose a few teefus FIRST and scatter some dirty chirrun with full diapers and mange about the place for the full effect. That dream quickly dies, however, when I harken back to the investigative story I did years ago about meth, the sorry state of this nation’s drug policy and the ridiculous mandatory minimums for small-time offenders. But this is a rant for another post–maybe–if I’m up for it.

On a happier note, Mondays give me hope too, whether it is through an interesting job lead in my in-box OR something completely different.

How fucking cute are those bunnies?

I think it’s time the IOC looks at Kaninhoppning as a possible Olympic sport. 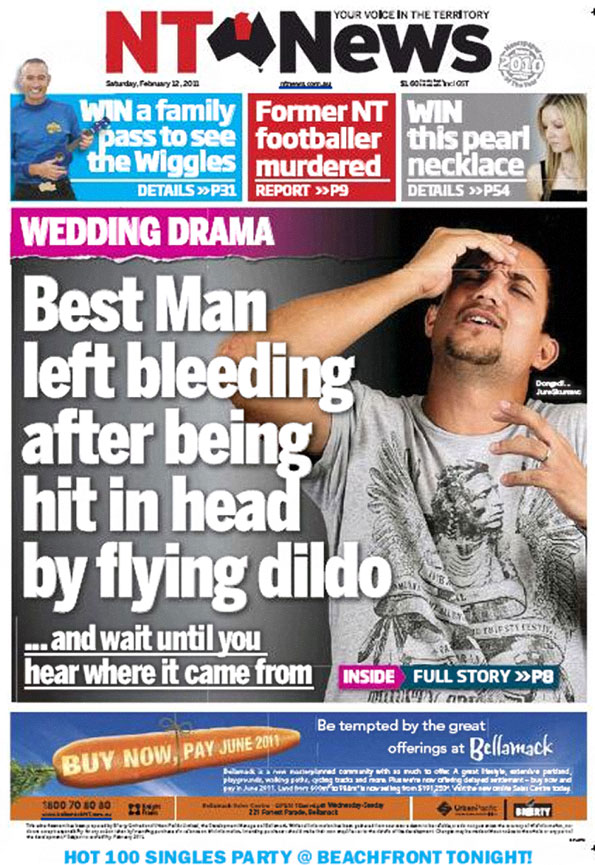 There are days when I can’t think of a thing to write — shocking but true.

To remedy this blockage, I search within my dark, snark-filled soul and usually a subject magically creeps its way up and out. This works most of the time. However, there are instances where no matter how much navel gazing I do, I end up staring at a blank computer screen.

Recently, the latter happened and it took all of my power to not collect more restraining orders.

Until these two gems were dumped into my RSS feed, and Mama has lots to say about both.

First, I don’t have a problem with tattoos. If you want to cover your body with whimsical artwork

or use your body as a resume … 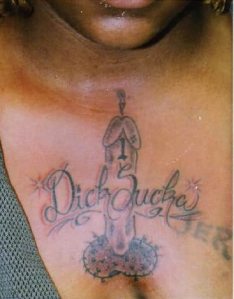 There is very little in this society that has given me pause, until I read this.  Before I continue, you must watch the vidya below.

Such a delicate flower, idn’t she? I wonder which trailer park she rolled out of prior to her semi-sober stroll thru the 17th Annual South Florida (of COURSE) Tattoo Expo. Also, after spending time on the trailer park’s semen-stained community mattress out behind the outhouses with Jed, you’d think she’d have enough sense to, you know, maybe run a comb through her scraggly locks and maybe don some threads that fit.

But what about the tattoo on her ayyy-nooose? Actually, I’m trying not to think about it because it just makes me clench (yep) and sweat (you know it). No wonder she’s doing shots during the hole (oops) procedure. Shit (oh yes), you know you’d all do the same to push (uh huh) through the pain.

Meanwhile, over in Japan, things are a bit tamer, yet eye-brow raising.

I have no idea who Shoko “Shokotan” Nakagawa is.

I guess she’s some Anime chick who sings and pahfohms fah yew! Ok, fine. I get it, She’s Japan’s answer to Miley Cyrus, minus the creepy, mulletted peepaw. She’s cute — kinda like EVERYTHING in Japan.

Where was I going with this? Sorry, got distracted by the bento boxes shaped like panda bears and the fuzzy bikini Ms. Nakagawa swiped from my closet. Strumpet.

She’s the Lady Gaga of Japan and I am now a fan. She’s taken Gaga-ness one step further and for that she gets my undying loyalty. She has bugs, not just ordinary bugs, but cicadas on her head and they look COOL. See, I think the cicada is the Cadillac of big-ass bugs. They’re not dirty like cockroaches, and they make a soul-calming sound –if you’re into high-pitched screeching. Plus, the whole 17-year routine they’ve got going is to be respected.

Also, we’re not creeped out enough as a society.

Newsflash: Two of the dullest people in the world are finally engaged. 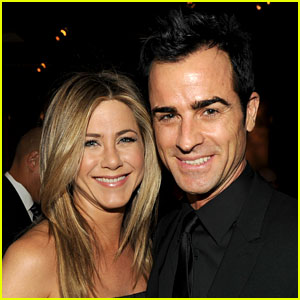 I know you’ve been losing sleep over the whole “Will they or won’t they?” time-suck. And now you have two folks you can send your congratulatory flaming bags of dog shit to.

Theroux liked it enough to put a ring on it, but only after Aniston cut the imaginary wedding ring she donned on after hearing Brad Pitt allude to her in an interview … or two … or never. One can hope. Perhaps America’s Sweetheart circa 1999 is hoping for Brad Pitt to bust-a-wedding a la “I thought the track star didn’t smoke” in “The Graduate.” 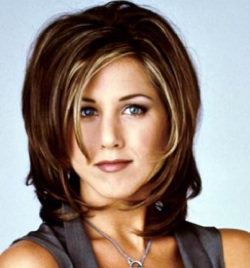 She was one of the lottery winners who once sported one of the umbafugliest hair don’ts unleashed on a populace so into star fucking, that it has leeched into our collective DNA. Now you know why you see updated versions it every damn day. Thanks a lot, assholes.

It’s good that Hollywood is back on track in the relationship department after this fiasco. Finally, all is calm in the pot-smoke filled, dull-as-a-doorstop dome — until Angelina decides she wants to taste Justin.

… are proof that God hates us and that the Mayans were onto something.

Is it me, or do they look like taffy pullers from Valencia?

Why does Britain hate us? 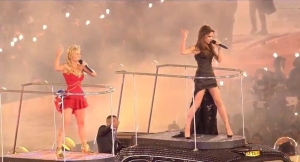 The Games of the 30th Olympiad are plowing ahead, and we’re deep into the second week of stiff competition. Some competitors got off easy, while others went limp during their events. If you need to bone up on the results, check ’em out here. Once you’re caught up, you’re ready to plunge headlong into the last weekend of competition. Enjoy.

Until next time, please enjoy some of the more memorable images from the games. 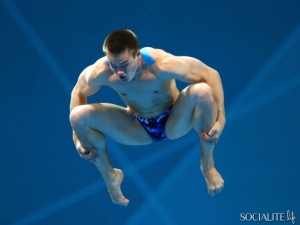 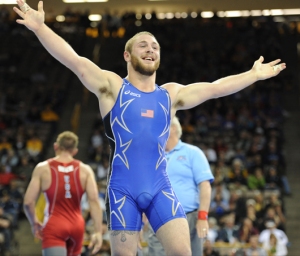 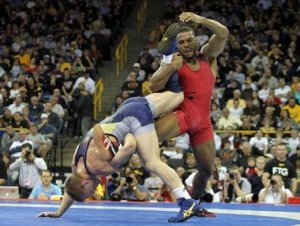 Here we are again.

At least 7 dead, including shooter, at Sikh Temple

Officials are calling this case “domestic terrorism” due to some tats the alleged shooter had on his body. A word to the pants-wetting, fear-mongering, fucked-in-the-head white folks who think that people of color are the reason this country is sliding down Shit Mountain and therefore, need to be obliterated from the face of the Earth with the help of high-powered weaponry — If you’re gonna go after people wearing turbans because you believe they’re responsible for your shitty lot in life and the September 11, 2001 attacks as well as the subsequent wars, DO YOUR HOMEWORK. The differences between Sikhs and Muslims are vast. And the similarities (peace, love & understanding) are not all that surprising. There are radicals in both religions, and in fact, in ALL religions.

Allow me to essplain one more time: Sikhs did not orchestrate and carry out 9/11. Radical Muslims did. Just because men from both religions wear turbans does not make them one in the same.

Once again, this country is witness to yet another senseless shooting. Once again, we will mourn, hang our heads in sadness and pray for the victims’ families, their communities and for ourselves. Once again, our elected officials will fail us all because they’re scared shitless of the NRA and hide behind the outdated Second Amendment. The shrugging of shoulders and “Oh well” attitude over the “Well, the right to own guns is in the Constitution” is tired and cowardly. As far as I’m concerned, gun control shares the third rail of politics with social security as the policy that no one wants to touch. Don’t know about you, but I’m a wee bit tired of guns having more rights than human beings.

So paranoid 30-something white guy, while you’re ordering your 6,000 rounds of ammo on the Internet, do a few more keystrokes and learn about the folks you’re pissed off at. Here’s to hoping your computer turns into a mirror.