Boy oh boy did I ever! What myth do you spaketh of dearest Julia?

The myth that if you work hard, get real good edumacated and play by all the rules that you’ll get a job.

Excuse me for a minute whilst I cackle like the terribly misunderstood witch in “Bewitched Bunny”. Wait–come to think of it–this is more like it.

Sorry–it took me a while to dry my eyes and don some clean knickers. Ahem. Sometimes laughter ain’t the best medicine, and whoever said that needs to have their balls shaved with a dull, dirty razor. Then, that person needs to sit for a long, long time in a big pile of salt. Man oh man, I would be aces at torture.

Anyhoo, currently I’m staring at the dirty asshole of 21 months of unemployment. Yep. I’ve written about this before but now this sitch is getting mighty damn ridiculous. In the past 48 hours, I’ve received three tears/sobs-producing rejections. I would’ve loved to work at any of these places, but once again, I was told in so many words that I suck shit. That I’m not worthy of employment at all, and that I should just give up.

Well, I have. Stick a fork in me folks because I’m done. 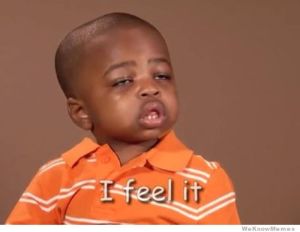 Over 500 carefully crafted resumes and cover letters have been sent, networking and ass-kissing has been accomplished (I deserve an Oscar) and I’ve “Linked In” up the whazoo. Stories I’ve pitched are ignored or given to someone else to write. I’ve even started this extreme diet because all of the places I’ve interviewed at are inhabited by uber-thin folks. Next up: Botox and skin-lightening treatments.

I’ve learned a lot, met a lot of good people, but not enough apparently.

Meanwhile, half-wit woman hater Todd Akin doesn’t know the difference between an abortion and a D&C and people want him to help lead this country? Oh, dearest Julia, surely you gest! No one can be that thick! See, this is what happens when you let God into politics. Or, when you think you know how God would rule on such matters.

My plans? To lay low for the rest of the year because 2012 ain’t no longer worthy of my time.

It’s been a shit-fuck-ass mess of a year. Nothing has worked out and that just boggles me wee noggin. Now, normally I’m not one to wish my life away, but as for the rest of 2012, well, I ain’t participating. This year had a chance and it blew it. Big time. It’ll be interesting to see if I even decide my vote is worth it. The current POTUS hasn’t done shit for me so why should I even bother? Or, maybe this guy has the right idea?

5 thoughts on “Look Who Bought the Myth!”