I had to absorb this tome a titch before I wrote about it. Let it soak into my pores, my being..

I live in Chicago and I’ve seen a lot of strange, ahem, shit. I have a love/hate relationship with this city–always have, always will. Somedays, this is a stellar city with its magnificent skyline, vibrant neighborhoods, cul-cha, colorful pols,and so-so sports teams.

Best. Skyline. Ever. (courtesy of blog.chicagodetours.com)

However, like any major city, Chicago is rife with issues and odd people. Very odd, and oddly enough, most of those folks use the Chicago Transit Authority as way to get around and well, do stupid, um, shit. One of the more livelyl El lines is the Blue Line, which goes to O’Hare and out to Forest Park. I’ve ridden it many times, and have experienced/witnessed many gross things–a dude get a blowie across from me (mid-day on the Red Line), sitting in a pee-soaked seat (the Purple Line north, a Loop-bound Brown Line), saw someone shoot Vitamin H & ask if I had a spoon on me (Red Line), being asked if I thought a besotted gentleman’s wedding tackle was ‘doable’ (It wasn’t. Again, the Red Line) and so on.

But, I have never had someone fling a SOCK OF POO in my face.

“A woman riding the Chicago Transit Authority’s Blue Line in Oak Park told police she was last week attacked by another passenger wielding a sock filled with human feces.

“He had a sock full of his poop on me,” the 21-year-old college student told the Pioneer Press. “It was everywhere; on my face, my hair, my clothes.”

The victim, requesting anonymity, said she screamed and tried to follow her attacker, but he escaped up the Austin Boulevard exit and ran northbound on Austin.”

We’ve all stepped in shit, maybe even slipped & fell into it (shut UP), chucked it at someone in a drunken rage (shhh) and MAYBE served it to an ex-beau after it turned out he was a major fuckweasel (ummmm, not I), but having a sockful of it slapped in your face is certainly a first for, well, everyone EVER.

No wonder the victim wanted to remain anonymous.

“It was like the biggest degradation I’ve ever [experienced]. I wish he had just hit me,” she said, because she thinks that would have been less traumatic.”

On a related note, I’m sure this photo has been ‘shopped, but so what–it’s a HOOT. 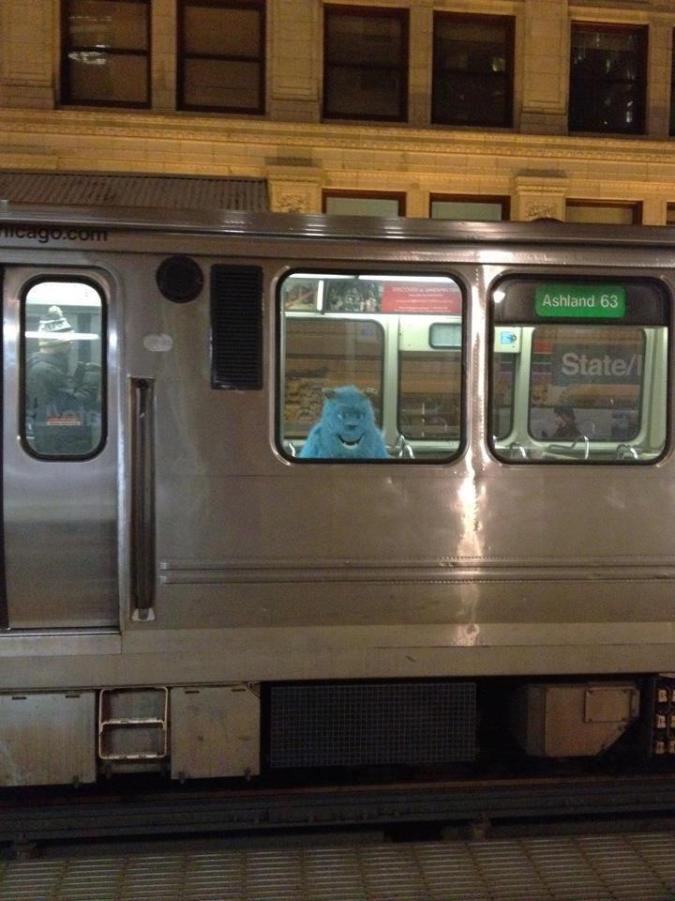