If Montana ain’t careful, it’s gonna become the next Florida.

(via The Montana Standard)

(via the Montana Standard)

“A Walkerville man is accused of licking a police officer’s eye during his arrest.

Christopher Nicholas Hiatt, 34, is in jail on a felony charge of assault on a peace officer and misdemeanor charges of assault with a bodily fluid, criminal contempt and probation violation.”

Ok, what the entire fuck? Hiatt licked a cop’s eyeball? I understand licking a cop’s balls, but his eyeballs? How? Whaa? How did the cops let Hiatt get that close? What’s really going on here?

2) So..wait..is it possible that my Nigerian prince really isn’t a prince?

(via The Montana Standard)

“Fraudulent money sent by a Butte man’s Nigerian sweetheart — whom he met on the Internet — has been traced as the source of some counterfeit bills circulating around town.

This weekend the man, who thought the cash was legitimate, attempted to use fake $100 bills to wire money to his girlfriend. The cash was used at Albertson’s, Walmart and Safeway to purchase money wires to Nigeria. 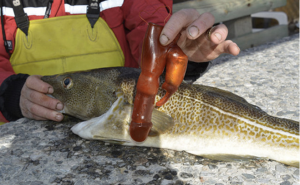 “I was astonished,” Frilund, 64, told the Local, a Norwegian English language website, on Friday. “It was totally unexpected. I had never seen anything like this before.”