What former CIA Director General David Petraeus said in a statement after it was discovered by the FBI he was playing hide the ballistic missile with his biographer, Paula Broadwell, author of the tome about her paramilitary paramour titled, [B]All In, was expected and quite dull. Zzzzzz…. 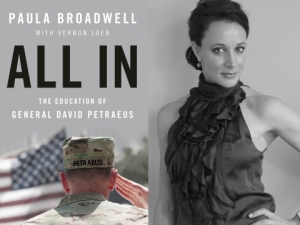 “After being married for over 37 years, I showed extremely poor judgment by engaging in an extramarital affair,” Mr. Petraeus said in his statement, expressing regret for his abrupt departure. “Such behavior is unacceptable, both as a husband and as the leader of an organization such as ours. This afternoon, the president graciously accepted my resignation.”

Just for once, I’d LOVE to hear an apology statement by a government official upon resignation given in the appropriate lingo of his/her career choice. Confused? Well, here’s what he should have said:

“After slipping my warhead past Ms. Broadwell’s strategic defense systems, I have surrendered my position. I have waved the white flag, admitted that civilian poontang was my Waterloo. I apologetically let loose many an improvised explosive device in her fox hole, and my actions are regrettable. I am currently engaged in intense peace negotiations with my military spouse of 37 years, and am hoping for a truce but I have an inkling my actions have only created my own little DMZ. Therefore, the Commander-in-Chief, who has never spent one damn fucking day in uniform, acted like a major pussy and accepted my resignation. What a pud. Me? Well, I’m a SCUD stud!” 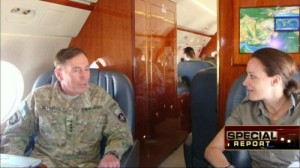 Way to acoustically jam her, General.