Contrary to what you read on the bathroom stalls, I am alive and well. I’ve just been a titch busy.

A tasty gem of a tome has been tossed into my lap by my pal, Andrew Huff, over at Gaper’s Block. I can’t give details at the moment, but when it’s done, y’all will be the first to know.

Also, I’m getting my act together and taking it on the podcast road–so to speak. It’ll be based on my blog and other topics that interest both the host (me) and the various co-hosts I’ve tapped to help me out (Charlie Meyerson, Monroe Anderson, Andrew Huff, Ranjit Souri & others to be named when I get up the courage to ask them). Due to the monumental amount of time that has passed since I’ve dealt with anything audio-wise, I’m in the process of educating my gin-soaked noggin regarding the equipment needed to make this whole thing a success. Word on the street is this podcast could be some sort of underground sensation with my handful of readers.

Why am I doing a podcast, you ask? Well, I’m bored, out of work, and have grown weary of trying to count my freckles. Oh and I have lots to say. I’m not looking to make money, I’m looking to have fun.

This is Chicago, after all, and there’s lots going on here–and elsewhere–to talk about. Especially if the news continues along these lines.

Same goes for the news producers who are using social media to get to Sandy Hook Elementary School children with the hopes of interviewing them. You’re a disgrace to my profession.

Oh, and Rep. Louie Gohmert? I got nothing. Fucking bastard.

PS-I’ll be back to my regular wit and snark later this week. Thanks.

This is one of the best commentaries I’ve seen on the subject of the clusterfuck shit storm in Florida involving Trayvon Martin. Nice work, Squatty.
Onward.

Help me figure this out.

A lawyer for the man at the center of the Trayvon Martin death investigation said Florida’s “stand your ground” law doesn’t apply to the shooting that killed the unarmed teen.

“In my legal opinion, that’s not really applicable to this case. The statute on ‘stand your ground’ is primarily when you’re in your house,” said Craig Sonner, attorney for George Zimmerman.

“This is self-defense, and that’s been around for forever — that you have a right to defend yourself. So the next issue (that) is going to come up is, was he justified in using the amount of force he did?” — myfox8.com

And yet, with two notable exceptions, the hue and cry across the land is all about Florida’s SYG and the 20 other states with similar statutes.  The two odd men out are Newt Gingrich and Geraldo Rivera.  Newton Leroy thinks the president’s…

The past few days have been rough. First, a barbaric law in Florida has allegedly played a role in the death of yet another young black male. My heart aches for his family and friends who mourn Trayvon Martin, but this heartbreak doesn’t match the anger I have for the state of Florida for being the land of choads. Social media stepped up to the plate this time in a big, important way. If it hadn’t been for Facebook and Twitter, Mr. Martin’s death would’ve been another sad footnote in the history of violence aimed at young, black AMERICAN males. This shouldn’t be happening in this day and age. This country has made leaps and bounds with regards to other aspects of social justice, but we’re lacking when it comes to the African American community.

Yes, yes, yes…how would I know how it is seeing that I’m a well-educated  white woman from an upper-middle class family? First and foremost, I’m a human being and I view all human beings as equal. A relatively rare attitude as of late, since some of my white brothers have their knickers in a twist over the fact that we have a black POTUS, and believe that Mr. Obama is going to take away their ‘rights.’ Whatever the fuck that means.

What happened to Trayvon Martin affects all of us. With some it’s immediate and profound, with most of us it’s subtle. This type of senseless death chips away at the structure of American society little by little. I pray that justice will prevail. 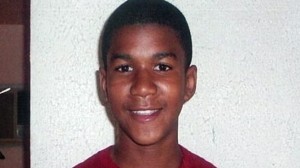 This guy needs to shuttie his pie hole. Folks who don’t listen to NPR or pay attention to when the media do an ‘Oops! Our bad!’ don’t know the whole Mike Daisey tale of whoa! In short, Mike Daisey is a guy who did a play/performance piece about the horrors of working in an Apple factory in China. Turns out, most of the yarn was fabricated but that didn’t come to light until after “This American Life” did a whole story on Daisey and his play. Note: TAL fact checks everything. EVERYTHING. Daisey lead them astray with his ‘facts’ and that’s where the trouble began. Then, TAL devoted yet another whole show to the fabrication. Got it. Should be the end of it, riiiight? Nope, now Daisey is blaming his wife when he should just shut it down, lick his wounds and do some serious soul searching because he doesn’t want to be known as the Stephen Glass of the performance art world.

Looks like my former governor will be going through some unfortunate changes whilst in the pokey for being all greedy n’ shit. That hair color is not his own–it’s manufactured then sent to drugstores between hither and yon where Mr. Barbers everywhere can buy it for their vain customers.

From the Chicago Sun-Times via the AP.

“Rod Blagojevich’s barber says the former Illinois governor’s famously thick, dark hair is dyed and will turn gray within the first months of his prison term.

Peter Vodovoz, also known as “Mr. Barber,” has been Blagojevich’s barber for more than two decades. Vodovoz said Wednesday that the 55-year-old Blagojevich has dyed his hair for years.

Blagojevich reported to a Colorado federal prison last week to begin serving a 14-year sentence for corruption. A prison spokesman says hair dye is banned because inmates could use it to change their appearances in escape attempts.

Vodovoz says Blagojevich’s dark-brown dye will fade quickly, and he could be as gray as talk show host Jay Leno within three months.

When he was governor, Blagojevich was so obsessive about his hair he had a security official carry a brush.”

Hey gov, as the song goes — “A change would do you good.” It would do all of us good since I’m a bit weary of my homestate being the political laughing stock of this nation. Now please Rod, go away so us Illinoisans can get back to business as usual. Well, maybe not AS usual since that behavior tends to land our fearless leaders into buttloads of trouble with the Feds. Also, looking like Jay Leno ain’t necessarily a compliment.

Here’s another who should shuttie her yapper. What’s sad here is how the baby daddy wants nothing to do with his son. Shame on him. And shame on her for not wearing any make up. Knowing how this country is, she would’ve garnered a lot more sympathy had she tried to whore it up a bit during the initial interviews and investigations.

There’s something quite unappetizing about this. Gross. Art, schmart. I’ll say it again: Gross.

Next time, toss a salad in the way we’d all like to see. Orrrr….maybe not. You decide for yourself.