Girl gets an MA in journalism. Girl eventually gets a job as a society reporter at The Houston Chronicle. Girl realizes that reporting about the high-class society broads in Houston doesn’t pay jack cheese. Girl then gets a gig peeling her knickers off to Nick Gilder’s “Hot Child in the City” for fat, rich oil men. Girl makes big money and starts to blog about her after hours fun fun pole time. Girl’s newspaper bosses find out and girl loses reporting job.

The word on the street is the powers-that-be at the Chronicle didn’t like the fact that Ms. Tressler had another job outside of her reporter gig since that ploy is verboten. However, I think it’s because they were embarrassed that 1) She was taking her clothes off whilst wearing lucite heels & flashing her chocha at some of Houston’s finest mens, then eating watercress sammiches on low-carb bread with some of her nightly customers wives and daughters then writing about them there lunches for the paper, and 2) She was making more money than anyone else at the Chronicle.

Ah, the flesh trade. We should all be so lucky enough to have the genetic makeup to be able to dabble in it and make two grand a night. Dog bless her! She has a great career as either a reality tee vee star OR  a White House correspondent ahead of her.

I can’t get upset about this. Why? Because in this day and age with the economy sucking a Pakistani whore’s sweaty bunghole, we all have to do whatever it takes to make ends meet. Women in my chosen profession have their cotton panties in a twist because they believe that Ms. Tressler’s actions make women journos look less-than. Um, NO. Her actions have nothing to do with women journos and our reputations. Women dumping on other women because they’re women are doing more harm than someone who gets lots of Andy Jackson’s shoved in her g-string, then writing about the Houston ladies who lunch. 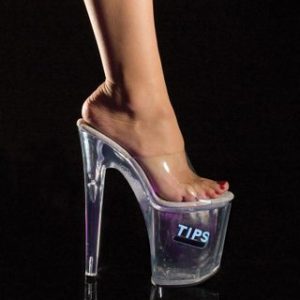 Blaming Ms. Tressler, and others like her, for women journos not getting ahead in this business is a cheap shot. A very cheap shot. Style over substance has always been a bugaboo for women who are trying to make it in media and since women are only considered worthy if they have tooth-pick sized thighs, it can be rough for those of us who try to set ourselves apart in one way or another. While Ms. Tressler could’ve handled her night job with a little more decorum, her actions probably wouldn’t be ruffling a lot of feathers. If you disagree, please tell me why there are no ugly tee vee journos? Why aren’t there any lady tee vee journos who are over a size 2? I rest my case.

The best part? There’s now an opening at the Chronicle.